Did you know that you have two brains?

That's right two brains, one upstairs, the other is the enteric nervous system (ENS) which is two thin layers of more than 100 million nerve cells lining your gastrointestinal tract from you esophagus to your rectum. It's main role is to control digestion, releasing enzymes that break food down and control blood flow that assists in nutrient absorption, and above all intimately connects to your big brain with incredible sensitivity via the nervous system, hormones and immune system.

How does the brain and gut connect?

Our hormone system regulates the flight-or-fight and the rest-and-recovery response to mental or physical stress but our immune system plays a much bigger role. When under stress its releases inflammatory cytokines, which triggers a high alert status in our immune system, protecting us from all kinds of nasty infection. What does that have to do with the gut? Turns out our gut controls the immune system with what is called gut microbiome and makes all the difference to our mental and physical well being.

Your gut microbiome is the billions of micro-organisms (commensal bacteria) that exist in your lower intestine and when in balance is pivotable in enabling healthy digestion, immune response, metabolism and cognitive function.

When imbalanced or disrupted (dybiosis) our mental and physical capacity is threatened and compromised.  Some causes of imbalance are stress, antibiotics, poor diet, obesity, environment and medications.

As gut microbiome feed on the foods we put into our bodies a poor diet will wreak havoc on our gut lining, which allows it to thin and pass food particles and bacteria into our blood stream.  Commonly known as leaky gut this triggers immune system responses and systemic inflammation leading to serious disease states over time.

Testing microbiome and gut permeability in our depression treatment programmes

Parasites are an often overlooked pathway to mental and physical symptoms and yet we do see a lot of digestive parasitic infections causing low energy, digestive issues such as diarrhoea and constipation, low mood, loss of weight, nausea, wind, feeling generally unwell, joint pain and anxiety just to name a few.

For a person to start to thrive the infection needs to be addressed usually through a combination of antibiotics and herbs as well as a lowering carbohydrates for a period. 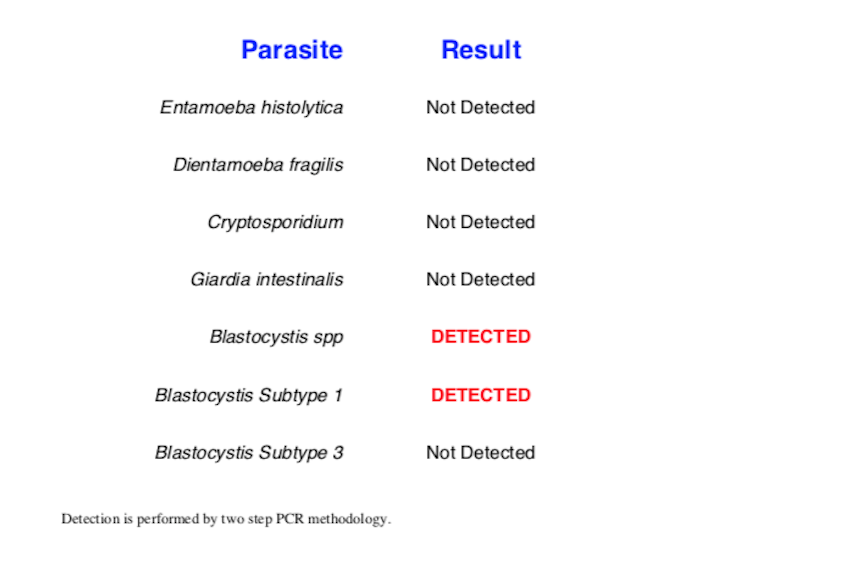 "While bacteria are an essential part of a healthy small bowel and perform important functions, small intestinal bacterial overgrowth can lead to leaky gut and a number of other symptoms. Learn what puts you at risk for SIBO."

"Further causes of SIBO, beyond the most established theory of post-infectious gastroenteritis, vary significantly. Clinically I have seen hundreds, if not thousands, of cases of dysbiosis and have correlated many associated causes which are supported by research. All of these associated causes have an effect on the “terrain” in the digestive system, which as discussed in my last article is critical in setting up the environment for SIBO."

Root to Depression May Be In Your Stomach - bottomlinelinc.com

OCD After a Sore Throat? MINDD.ORG

"IS SOMETHING WRONG with your inner tube? The inner tube of life that is your digestive system? It is likely that you suffer from (or have suffered from) some type of digestive disorder–irritable bowel, bloating, constipation, diarrhea, heartburn, reflux, gas, and things too gross to mention in print."

The information provided on goodsky.com.au is for educational and informational purposes only and is not, nor is it intended to be, a substitute for professional advice or care.  Please contact our case managers - [email protected] - in the event something you have read here raises questions or concerns regarding your health.